A Gentlemanly Conversation with Jonas Carping We have a great interview here with swedish singer/songwriter Jonas Carping! We asked him some questions regarding his new solo debut album, All The Time In The World, as well as his band, The Glade, and what inspires him along the way.

How did you and the other members meet?
I met producer and musician Martin Karlsson one night when playing live with The Glade in Stockholm. Martin did the sound for the venue we played and we got to talking after the show. We were about to record a new EP and it got decided that Martin should produce it and we have continued to work together ever since. Martin understands the technical aspects of making music but can also relate to and understand the not so technical "feel part". He is also a brilliant musician. I consider myself extremely lucky to have him as producer and a friend.

Do you mainly perform with the same people?
I perform in a couple of different constellations. Either with The Glade or pure acoustic just guitar and vocal or together with Sigrid Nilsson. Sigrid sings the duet The Sting on All The Time In The World and she also does backing vocals on several of the tracks. She has one of the best voices I have ever heard.

What brought you to working with Sigrid Nilsson on this album?
Sigrid understands the songs, she gets the melodies and lyrics. So she delivers her harmonies and vocals using that understanding. This can be very hard when you're not the creator of the song, to do this with the confidence needed. But her voice is her instrument and she uses it to perfection.

I see that you were also in a band, The Glade, which formed in 2008. What made you want to venture out and write a solo album?
I love The Glade and the songs we do. They're very special to me and so are my bandmates. Last year I had the time to really focus on my songwriting. It was a great thing and it lead to many of the songs on All The Time In The World and also to several new The Glade songs. The songs you'll find on All The Time In The World are more lowkey and wouldn't really fit with The Glade. I still love these type of songs though and wanted to make something of it. Something intimate, up close and personal. At first it started out as just a guitar and vocal record. But very early on we felt we should make something more out of it. Really work on the sound and create a great environment for the songs. We put a lot of hard work into this. Then we had awesome musicians to help us realize our vision. And it worked. I love the sound of the album, it has great depth and beauty to it.

Is there anything in particular that inspires you immensely when writing lyrics or melodies?
The constant struggle of keeping the dream alive. In there lies immense portions of inspiration. Heartbreak works the same way. Inspiration also rises from other peoples situations and what they struggle with. If you as a songwriter can relate to this, there is a lot of inspiration to be found there too. Basically anything that strikes that chord within you can be referred to as inspiration.


Were there any albums that inspired you when making your own?
Bob Dylan - Desire. It's one of my all-time favorite albums. Basically anything with Leonard Cohen. I grew up in the nineties, so I guess there's a chunk of Nirvana, Pearl Jam and Alice In Chains in there too. Top that of with some (early) Oasis, a bit of Springsteen and some Fleetwood Mac (Rumours in particular) and I guess that would, in my mind, add up to All The Time In The World. As for more recent inspiration, Mumford & Sons is just plain greatness and pure genious mashed up into the greatest band of this decade.

Those are a good number of albums with various styles as well. Is there anything in common with all of them that really pulls you in when listening?
Great lyrics always pull me straight in. But that isn't enough, you need a great melody to match it. And the way the lyric is delivered. The phrasing, the choice of words, the voice of course. And dynamics, I love dynamics. But in the end it's all about that simple yet impossible thing to describe. You feel it and you know it, but you don't really know why. And you don't have to. If you love a specific song, play it all the time and play it loud (except if you're listening to greatest hits from the Idol TV show. Then you should instantly put your stereo, ipod, computer or whatever off. Your Listening to Music License has been revoked)

I would definitely agree with that statement. If you had to choose, would you prefer recording in a studio or performing live?
I love recording but there is nothing that is more powerful than playing live. That's were the real magic happens. I love live takes in the studio also, for that same reason. If I get a good take I fight to keep it. Sometimes it's not possible due to technical reasons or whatever. But on All The Time In The World, a good example is the last song - Leaving Now. It's a live take with Jonas Siikanen on Djembe and Martin Karlsson on bass. I love the energy of that song.

What would be your ideal place to perform?
Any place where the audience is awesome is a great place to play. I don't care if it is just a couple of people there or hundreds. If the audience get's into it, it's hard not to have a great night performing. A good friend of mine once said, a good show is half the audience and half the band. I think he was spot on with that statement.

Are there memories of a specific performance where the experience was unsurpassed?
I played an acoustic gig during Earth Hour once. We didn't use a PA system just the guitar and vocals in a cappella. No lights except candles and the acoustics where awesome. It was a very intimate performance. You could hear the guitar and each word in the songs bouncing softly of the walls creating a magical ambience. That was a magic night all together.
I also remember playing with The Glade in a cellar at a club in Stockholm. The place was packed with people and the sweat pretty much dripped from the ceiling. There was an enormous amount of energy in that small damp room. And it was loud and it was awesome.
Are you planning on touring in the United States?
I would love to tour the US. A Rolling Thunder Revue kind of thing, traveling across the country playing clubs or wherever, that's always been a great dream of mine. It doesn't have to be exactly like that though. Basically just playing live in the US would be awesome all in itself.


What’s next for The Glade and your solo project?
The Glade is finishing up the work on our new album right now. Having released a couple of EPs, this will be our first full length album. The album ooze of dark whiskey, blood, sweat and beer and we are all very excited about it. It will be a rocknroll record and release is planned to later this year. As for my future solo work, I haven't decided the angle yet. I don't need a full gameplan, but I need a strong focus and feel of what I want to do. And the timing needs to be right. First I want to make a truly great record with The Glade. Once this is done I can plan for future work. When you make a record it needs your undivided attention and total focus.

Is there anything in particular that you want your listeners to get out of this album?
I want them to keep their dreams alive no matter what. I know this can be a very painful road sometimes. But there are few things more sad than people who have given up on their dreams. You have to fight for it, no one else will do this for you. But once you made the decision to make it happen you will find that there are many awesome people down the road that share your beliefs and will help you along the way.

Thanks again Jonas Carping for a great interview! It has been a pleasure! 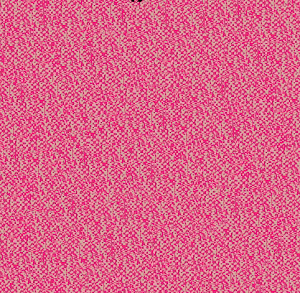